Australia’s National Soils Advocate, the Honourable Penelope Wensley AC who will explain her role and the reasons why the Australian Government believe that such a role makes a valuable contribution to the stewardship of the country’s soils. 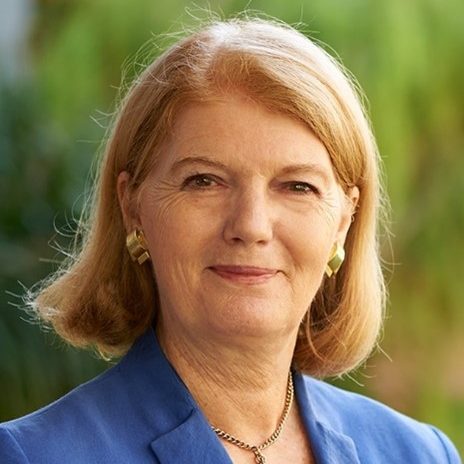 Former Governor of Queensland and distinguished Australian diplomat, the Honourable Penelope Wensley AC, has a long-held interest and substantial experience in natural resource management, environmental and sustainable development matters, and in Australia’s response to national and global challenges in these areas.

As State Governor, Ms Wensley was active in promoting environmental knowledge and awareness and was a strong supporter of community groups and organisations involved with environmental management, conservation and protection, including as State Patron of Queensland Water and Land Carers.

Ms Wensley has held many leadership roles, nationally and internationally. In addition to her knowledge of the environment and environmental policy, she brings to the position of National Soils Advocate, substantial expertise in public policy development, strategy development and implementation, communication and negotiation, and community and stakeholder engagement.

Overview of soil C and implications for other nutrients

Principles, objectives and constraints of managing soil carbon in Europe and the UK 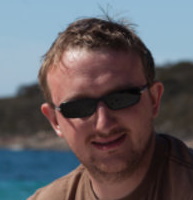 Mark is a Principal Research Scientist at CSIRO, with a PhD from Bangor University. He is a biogeochemist with particular interest in the interactions between organic carbon and nitrogen in soils, and the importance of these on ecosystem function and agricultural productivity. He uses radio- and stable- isotopes to track fluxes through the soil-plant-microbe interface, and spectral techniques including NMR and MIR to investigate the chemistry of pools within these systems. His research spans fundamental work to identify and isolate important functional processes through to broad applied studies where outcomes are delivered to partners in industry and government.

He has studied many different land uses and ecosystems within Australia and internationally, and he seeks to find commonalities and differences in processes and function between these. A long standing interest of his has been the competition between plants and microorganisms for different nitrogen forms, particularly dissolved organic nitrogen (DON), and the hitherto unrecognised role this pool of reactive N may play in agricultural plant nutrition. He recently led a GRDC-funded project to investigate the potential role of biological farming inputs in Australian broad-acre agriculture.

Mark is currently involved in a number of on-going projects and research areas including:

Richard is Professor and Director of the Primary Industries Climate Challenges Centre, University of Melbourne, a research centre addressing the impacts of a changing climate on agriculture. His research focuses on carbon farming and accounting towards carbon neutral agriculture, managing extreme climate events and options for agriculture to respond to a changing climate.

Richard is a science advisor to the Australian, New Zealand, UK and EU governments, the International Livestock Research Institute and the UN Food and Agriculture Organization on climate change adaptation, mitigation and policy development in agriculture. Richard was recently named on the Reuters list of the world’s 1,000 most influential climate scientists and was appointed in 2021 as a Fellow of the Australian Academy of Technological Sciences and Engineering.

David has a B.Sc. in Chemical Sciences (University of East Anglia) and Ph.D. in Soil Science (University of Reading). He has spent most of his career studying aspects of carbon and nitrogen cycling in agricultural soils. This included developing methods to estimate the quantity of carbon held in living soil organisms (the soil microbial biomass), the use of long-term field experiments to quantify management impacts on soil carbon, and the implications for soil functioning and climate change. During the 1980s – 90s he led work using 15N-labelled fertilizers, in field experiments, to measure the efficiency of use of N fertilizer by crops and track the fate of N in the crop/soil/water/atmosphere system, both in the UK and internationally. He retired from Rothamsted Research in 2006 where he had been Head of the Soil Science Department for 13 years, and was appointed as a Lawes Trust Senior Fellow. Since then he has collaborated with Chinese scientists on projects aimed at increasing the efficiency of use of N fertilizer in Chinese agriculture and with CIMMYT scientists to evaluate the effects of conservation agriculture on soil C in Sub-Saharan Africa and India.

He is a Past-President of the British Society of Soil Science and contributed to early IPCC reports. He is currently Visiting Professor in Soil Science at the University of Reading, UK, and Nanjing Agricultural University, China. He is author or co-author of over 130 papers in peer-reviewed journals, having an ISI ‘h index’ of 58. 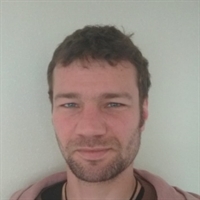 Gabriel is Assistant Professor in the Soil Biology Department of Wageningen University and Research. He joined the group in 2019 after a PhD and 3 years of post-doctoral research in New Zealand with the University of Canterbury and Landacre Research.

Research on soil carbon cycling and soil organic matter is a fast evolving field in which long-held assumptions are being challenged and emerging views are uncovering fascinating questions. Many of these questions are yet to be resolved, and many more are yet to be asked. His research continues along three broad axes: