Sulphur (S) deficiency has become widespread in many countries in Europe since the 1980s. This is due to a massive decrease in the atmospheric deposition of sulphur, a change in the use of fertilisers that contain low sulphur and increased crop yields. This paper reviews crop responses to sulphur in Europe, focusing on oilseed rape, cereals and grass, on which most field trials have been carried out. Multicut grass for silage has been shown to be highly susceptible to sulphur deficiency, and yield responses to sulphur of between 5 and 30% are common in Ireland, the UK and other countries. Oilseed rape is also susceptible to sulphur deficiency, and sulphur fertilisation can produce a dramatic yield response under deficiency conditions. Sulphur deficiency in oilseed rape has been widely reported in France, Germany, Denmark and the UK. Although cereals have a lower requirement for sulphur, responses to sulphur application of between 5 and 30% have been obtained in France, and also increasingly in the UK and Germany. In general, field trials across different countries have shown that oilseed rape responds to sulphur applications up to 30 kg S/ha, cereals up to 20 kg S/ha, and grass between 20 and 40 kg S/ha. Sulphur deficiency not only affects yield, but also impacts on crop quality. It has been demonstrated that the sulphur status of wheat grain has an important influence on bread-making quality. Grass low in sulphur is nutritionally inferior for animals. Maintaining a sufficient sulphur status also has a positive effect on the quality of legumes and sugar beet. In contrast, too much sulphur may have a negative effect on rapeseed due to increased concentrations of glucosinolates. Occurrence of sulphur deficiency is more likely to be found on light or shallow soils with low organic matter content, in areas of low atmospheric deposition of sulphur and with excessive winter rainfall. Because atmospheric inputs of sulphur will continue to decrease further in Europe, the deficit in the sulphur input/output is likely to increase, unless sulphur fertilisers are used.

Nitrogen Fertilisers: Their Place in Food Production, the Forms which are made and their Efficiencies

Nitrate Leaching under Arable Land Ploughed out from Grass 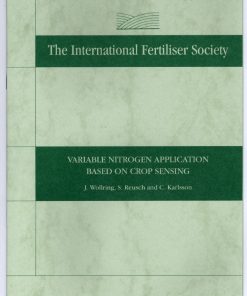 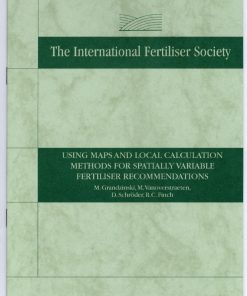