This webinar is comprised of two presentations: Impact of multiple sources of abiotic stress on nitrate availability and the growth of wheat by Richard Whalley, Rothamsted Research, UK, and Evidence-based review of the primary soil properties limiting crop yields in Sweden by Holger Kirchmann, Swedish University of Agricultural Sciences, Sweden.

Impact of multiple sources of abiotic stress on nitrate availability and the growth of wheat
Richard Whalley, Rothamsted Research, UK

In the field, wheat experiences a combination of physical and nutrient stresses. There has been a tendency to study root impedance and water stress in separation, and less is known about how they might interact. In this study, we investigated the effect of root impedance on the growth of three wheat varieties (Cadenza, Xi19 and Battalion) at different levels of nitrate availability, from 0–20 mM nitrate, in sand culture. This model system allows soil strength to be increased while maintaining adequate water availability. In a separate pot experiment, we grew the same wheat varieties in a loamy sand, where soil was allowed to dry sufficiently to both reduce water potential and increase root impedance. This pot experiment also had a range of nitrate availabilities 0–20 mM nitrate. Once the seedlings were established, we limited water supply to apply a matric potential of approximately −200 kPa to the roots. Soil drying increased the penetrometer resistance from approximately 300 kPa to more than 1 MPa.

There were differences between the two experimental systems; growth was smaller in the soil-based experiment compared to the sand culture. However, the effects of the experimental treatment, root impedance or water withholding, relative to the control were comparable. Our data confirmed that leaf elongation in Cadenza (carrying the tall Rht allele) was the most sensitive to root impedance. Leaf stunting occurred irrespective of nitrate availability. Leaf elongation in the Xi19 and Battalion (carrying the semi-dwarf Rht allele) was less sensitive to root impedance and drought than Candenza. We suggest that the critical stress in a pot experiment where the soil was allowed to dry to approximately −200 kPa was root impedance and not water availability.

There will be a written paper accompanying this webinar.

Yield statistics and national soil inventory data representing 90 yield survey districts, and results from Swedish long-term soil fertility experiments, were evaluated with the aim of identifying the most yield-limiting soil properties. The same soil variables affecting yields were identified in the national and experimental datasets. Crop yields were significantly affected by plant-available soil phosphorus (P-AL), soil organic matter (SOM) and soil pH. The levels present in the soil of plant-available potassium and magnesium had no significant impact on yield, except in potatoes. Soil pH was found to have the greatest potential to affect crop yields, even at values >6.5 (pH(H2O)). Surprisingly, increasing soil organic matter (SOM) reduced yields, probably due to lower pH in soils that are richer in SOM.

To fully exploit the known benefits of SOM, liming requires more attention. The demand of plant-available soil P by high-yielding crops has increased since the 1990s, now ranging from 60-100 mg P-AL kg-1 soil. Furthermore, yields increased significantly with a pH of up to 7.0.  Current Swedish recommendations require updating with new target values for soil P and pH. 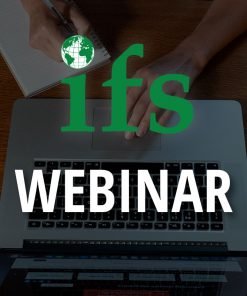 Farming in the digital age webinar

Aspects of nutrition for cereals webinar