Forest Fertilisation: Results from Germany, France and the Nordic Countries

Due to the historical development of land use practices in Central and partly also in Nordic Europe most commercial forests of this area grow on relatively poor sites. For about 140 years fertiliser experiments have been carried out in European forests. As fertilisation in agriculture, forest fertilisation was soon recognised as a very useful tool to improve growth, particularly on low fertility soils. But forest fertilisation as a means to increase wood production was not applied on a larger scale in Europe before the mid 1950s. Economical, ecological and also political reasons led to different forest fertilisation strategies in Scandinavia, France and West Germany.

Research into the ‘new type’ of forest decline observed in many European forests indicated that nutritional disturbances are involved in the causes of this severe problem. Earlier and recent fertiliser experiments prove that an optimal and balanced nutritional status is an essential requirement for optimal vitality and resistance of forest trees and stands against any stresses. Thus, in the context of the ‘new type’ of forest decline forest fertilisation is looked upon as a mitigation tool to counteract the negative influences air pollution obviously can have on forest ecosystems. In West Germany these considerations have led to a significant increase of fertilised forest area since 1983. 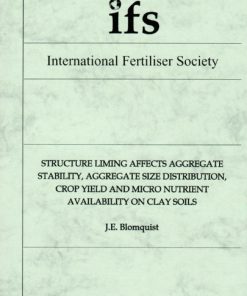 Add to Wishlist
PROCEEDINGS: 4b

Add to Wishlist
PROCEEDINGS: 94a

The Use of Nitrogen Fertilisers in Intensive Wheat-growing in France 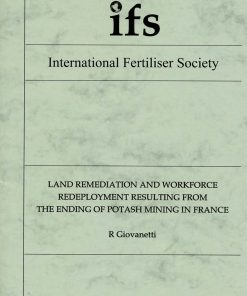