Most members present will be familiar with the long white plume issuing from the chimneys of some fertiliser works and, doubtless, also with the variety of complaints, just and unjust, which arise particularly under adverse weather conditions. During the last few years people in general have become progressively more ‘clean air’ conscious and this found explicit expression in the appointment of a Committee under the Chairmanship of Sir Hugh Beaver and the subsequent enactment by Parliament of the Clean Air Act. As a result of all this there has been a crop of new types of scrubber and it is unusual to pick up a chemical engineering journal these days without finding a new scrubber either advertised or described in the text. It is further noteworthy that many of the major fertiliser firms all over the world are expending considerable sums on research to overcome their effluent problems; in fairness, it must be stated that in many cases this work was in full swing long before the recent emphasis was laid on air pollution. The seriousness of the problem is emphasised when ‘complaints from local residents about gaseous effluents’ has been among the reasons given by a manufacturer for deciding to close a fertiliser manufacturing plant.

In this paper I have tried to review some of the more common methods for treating granulation plant effluents and to describe methods which seem to us to afford the most promise in the near future – I do not claim that the review is comprehensive. I have also included details of some of the work that we in Scottish Agricultural Industries have done in this important matter. This is offered as a general contribution to the general knowledge of the industry and in the hope that it may help other manufacturers in solving their effluent problems.

I should say at once that we are conscious of the fact that the solution to the gaseous effluent problem at one granulation plant is not necessarily the solution for all plants, and indeed, although we have undoubtedly provided a technical solution at our most troublesome plant, we are by no means convinced that a more economical solution is not, or will not, become available. 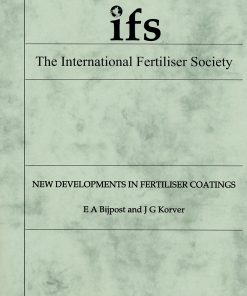 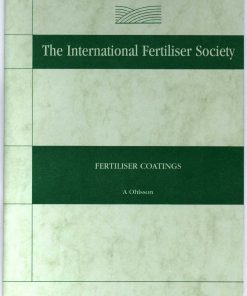