Some general principles of industrial heterogeneous catalyst design are reviewed with particular reference to catalysts used in ammonia, nitric acid and sulphuric acid manufacture. The major factors which have to be considered in engineering catalysts to provide the desired catalytic efficiency are covered in detail.

Catalysts can sometimes be tailor-made for particular tasks, but generally an empirical approach must still govern the preparation of catalytic solids. Even though the general type of microstructure required for a suitable catalyst can often be defined, means do not yet exist to make accurate quantitative predictions about the catalytic performance of such a structure, and the testing of catalysts remains a fundamental part of catalyst formulation and development. The purposes and methods of catalyst testing are accordingly covered, showing that the many types of small scale reactor used in catalyst testing are each specialised to some degree. Thus the choice of a particular reactor is determined by the objectives of the testing work. Often more than one type of reactor is necessary to solve a given catalyst problem.

In conclusion some speculation is included about future developments in catalysis affecting ammonia manufacture. 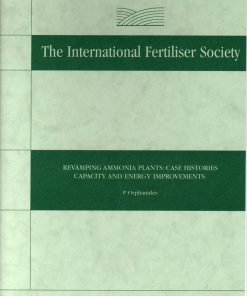