An ideal agricultural system should both maximise food production and minimise undesirable effects on the environment. The long-term Apelsvoll cropping system experiment, located in southeast Norway, was used in this study, to compare yields, energy production (food), soil system budgets of nitrogen (N), phosphorus (P) and potassium (K), as well as N losses and the N loss-to-food production ratios in three out of six different cropping systems over a decade (May 2001- April 2011). The three systems presented here represent previous conventional arable cash-cropping (as was common for the region around 1985; CA1), improved conventional arable cash-cropping (with environmentally sound management; CA2), and organic arable cash-cropping (with 25% of the area as green manure; OA). All farm produce (cereals and potatoes) was converted into metabolisable energy for human consumption. Inputs of nutrients via fertiliser were measured, along with output via harvested crops, runoff and drainage water. Atmospheric nutrient inputs, inputs from seeds, N fixation and gaseous N losses were estimated. Larger inputs than outputs were taken as an indication of nutrient accumulation in the soil, whereas the opposite was considered as a sign of soil nutrient mining. The improved conventional system CA2 showed similar yields, food production, gaseous N losses, and soil system budgets of P and K as the CA1 system. However, modern management outperformed previous management, in terms of soil N budgets (being balanced in CA2 but with nutrient mining in CA1, corresponding to 280 kg N/ha over the decade). Moreover, water based N losses (wbN) and the ratio wbN-to-food production were both about 40% less in CA2 than in CA1. Including all field N losses (wbN plus estimated gaseous losses), the N loss-to-food production ratio was 29% lower in CA2 than in CA1. The organic system with green manure as the only nutrient input showed the overall lowest yields and food production, as well as negative soil system budgets for N, P and K, highest N runoff and largest N loss-to-food production ratios (both with and without inclusion of gaseous losses). This study shows that modern conventional cash-cropping, utilising environmentally sound management (i.e. reduced tillage performed in spring, the use of catch crops, and requirement-adjusted split fertilisation), allows yield levels and soil fertility to be sustained, while reducing the environmental footprint of food production.

The Role of Nitrogen in Wheat Production: Response, Interaction and Prediction of Nitrogen Requirements in the UK 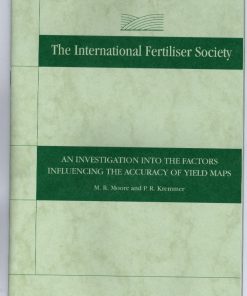