The importance of granulation in the fertiliser industry has been emphasised in two important papers read before your Society by Dr. B. Raistrick and Mr. A. T. Brook in 1956 and 1957, respectively. In these papers attention was directed towards the efficiency of continuous granulation, particularly in inclined rotary drum granulators, and to the incidence of caking. Dr. Raistrick has demonstrated by a well planned and exhaustive series of tests that, in the case of N P K fertilisers, caking can be prevented by reducing the moisture content to about 1 per cent or the relative humidity to less than 30 per cent. Mr. Brook has approached the problem of granulating efficiency by empirical methods which indicate the significance of the more important variables.

With these two examples before me I feel some hesitation in entering a field in which I have little practical experience. My colleagues and I, however, have for some time been studying the mechanism of granulation of insoluble materials and of the effects on granule strength of soluble additions, and we think that our findings may be of some interest.

Although we are all familiar with the operation of granulation it is by no means easy to explain why a moist powder when vibrated on a plane surface or made to travel through an inclined rotating drum should under suitable conditions automatically form spherical granules of approximately uniform size. Nor is it clear why such granules should, in the moist state, have appreciable mechanical strength and a density comparable with that produced on the same material by an applied pressure of many tons per square inch.

In our investigation we have tried to relate the mechanical strength of moist granules with the packing characteristics of the feed material and with the cohesive forces which are present in the initial stages of granulation and after drying. We have also carried out some work on the redistribution of solute when a granule made up of both soluble and insoluble material is dried.

The equipment and experimental method employed in this work and some of the earlier results have already been described and here need only be referred to briefly. It will suffice to recall that the granulator we employed consisted of a drum 18 inches in diameter and 10 inches deep, constructed of aluminium and mounted to rotate about a horizontal axis at a uniform known speed. 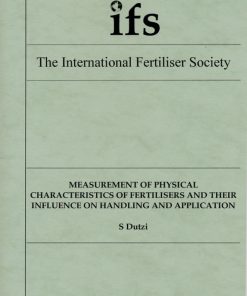