The background to fertiliser regulation in Europe is described. The first pan-European fertiliser regulation dates back to Directive 76/116/EEC of 18th December 1975, since when it has been amended several times and now a new more simple regulation has been proposed. In addition, each EU member country has national regulations which widely differ one from another. At present only mineral compounds are classified as EU fertilisers, while organic and organo-mineral are governed by national legislation. European regulation of organic farming deals with fertilisers which are classified only by national legislation whose identification is often difficult. The basic concept of free trade in the EU applies of course to fertilisers, but current differences in properties and labelling of national fertilisers are still in reality a strong barrier. A new product is classified as an EC fertiliser through a two step, protracted procedure. A new ‘light’ regulation is suggested, to include most of the types of fertilisers on the European market and strictly related to other regulations, such as those for organic farming. 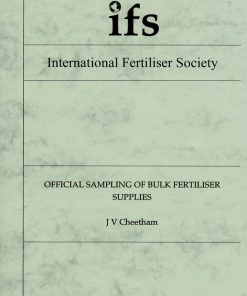 Add to Wishlist
PROCEEDINGS: 272a

Add to Wishlist
PROCEEDINGS: 79b

An Automatic Sampler for Granular Materials

Add to Wishlist
PROCEEDINGS: 10b

Uses of Aspergillus Niger for Determining Magnesium, Copper, Zinc, Molybdenum and Manganese in Soil and Plants

Add to Wishlist
PROCEEDINGS: 272b 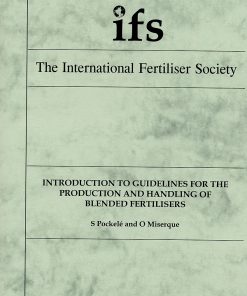 Introduction to Guidelines for the Production and Handling of Blended Fertilisers