Nitrogen is the most-consumed nutrient in agriculture, leading overall global fertiliser use. The application of the other two major nutrients, phosphate and potassium, represents a significantly smaller share of total fertiliser usage. Various drivers affect the nitrogen industry and determine the change in global demand. This paper summarises the key conclusions of British Sulphur Consultants’ analysis in the nitrogen sector and focuses on the overview of ammonia, urea and ammonium nitrate industries today and provides an overview of the market to 2013. For the past few years the global nitrogen industry has been on the rise in terms of new projects being announced and coming on-stream. The rise of fertiliser prices has been the major incentive for the upturn in the nitrogen investments worldwide, including new projects, investigations into coal gasification as an alternative to conventional gas-based capacity, dual feedstock capabilities to avoid dependence on a single feedstock, energy efficiency upgrades and debottlenecking programmes of nitrogen plants. The decisions to construct new nitrogen plants have been largely prompted by the growing demand, both from the agricultural and industrial sectors, and resulted in the large tranche of new capacity, particularly of urea, coming onto the market in the next few years. A detailed overview of the major drivers both on the supply and demand side is provided in the paper, including issues such as production costs, capital costs, population and economic growth, the development of the biofuel industry, agronomical and environmental considerations, etc. It is important to note that according to the International Plant Nutrition Institute (IPNI), nitrogen is essential to the survival of all life and over 40% of the people on the planet owe their existence to the food production made possible by nitrogen fertilisers. 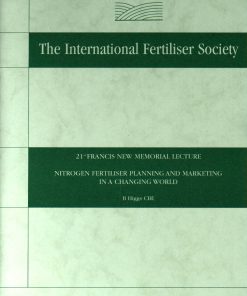 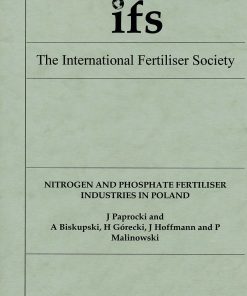