Salinity is a major abiotic stress affecting approximately 7% of the world’s total land area and results in billion dollar losses in crop production around the globe. Recent progress in molecular genetics and plant electrophysiology suggests that the ability of a plant to maintain a high cytosolic K+/Na+ ratio appears to be critical to plant salt tolerance. So far, the major efforts of plant breeders have been aimed at improving this ratio by minimising Na+ uptake and transport to shoot. In this paper, we discuss an alternative approach, reviewing molecular and ionic mechanisms contributing to potassium homeostasis in salinised plant tissues and discussing prospects for breeding for salt tolerance by targeting this trait. Major K+ transporters and their functional expression under saline conditions are reviewed, and the multiple modes of their control are evaluated, including ameliorative effects of compatible solutes, polyamines and supplemental calcium. Subsequently, the genetic aspects of inheritance of K+ transport ‘markers’ are discussed in the general context of salt tolerance as a polygenic trait. The molecular identity of ‘salt tolerance’ genes is analysed, and prospects for future research and breeding are examined.

Influence of Long-Term Potash Fertilising on Soil and Crops

Add to Wishlist
PROCEEDINGS: 22b

Tailoring Potash to the Needs of the Fertiliser Industry

Add to Wishlist
PROCEEDINGS: 72b 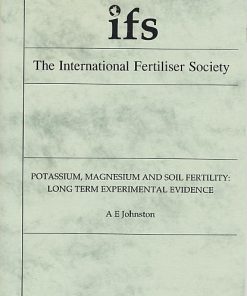 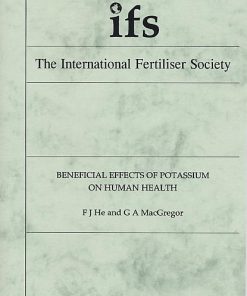