Most of the world production of nitric acid is used in the production of agricultural fertilisers, either for ammonium nitrate or in the various nitrophosphate processes. For these processes acid strengths of 55-65% HNO3 by weight (so-called dilute acid) are adequate. Smaller amounts of acid of 95% strength are used for organic nitrations in the dye-stuffs and explosives industries.

Methods of producing dilute nitric acid are illustrated in outline. Until the beginning of the present century all nitric acid was made by the action of sulphuric acid on Chile saltpetre. However the knowledge of the role of nitrogen as a primary plant food and fears that the population rise would outstrip food supplies and exhaust natural sources of fixed nitrogen gave the impetus to discover other methods.

Various methods of combining nitrogen and oxygen directly to form nitric oxide, which is then converted to nitric acid, have been actively investigated for well over 50 years. In 1895, Rayleigh used an electric arc to remove oxygen and nitrogen from air in experiments on inert gases, and in succeeding years the electric arc method was developed and used commercially in several installations for the production of nitric acid or sodium nitrate. The process consumed large quantities of electricity and was only feasible where electricity was plentiful and cheap, for instance in Scandinavia. In the more recent Wisconsin process which has been operated on the pilot plant scale, atmospheric oxygen, and nitrogen are combined in a high temperature regenerative furnace operating at about 2000oC. Nitric oxide is formed with a yield of nearly 2%. The process has been proved technically feasible but is not in commercial operation as presumably it cannot compete economically with the ammonia oxidation route. The third method of directly combining oxygen and nitrogen is the nuclear nitrogen fixation route. Yields of nitrogen oxide of 5-15% have been reported by exposing air at 150 psi and 400oF to radiation from uranium 235. The attractiveness of this process will ultimately depend on the efficiency of conversion of the nuclear radiation into chemical energy and also on the cost of the radiation.

All modern commercial nitric acid processes are based on the catalytic oxidation of ammonia over a platinum catalyst. The conversion to nitric acid takes place in two main stages: the ammonia is first oxidised to nitric oxide, which passes to an absorption apparatus where it is oxidised to nitrogen dioxide which is simultaneously absorbed in water. This process can be traced back to 1838 when Kuhlmann filed a patent covering the production of nitric acid by passing air and ammonia over heated platinum. Commercial incentive to develop the process was lacking until the turn of the century, when Ostwald began experiments on various types of platinum in order to obtain quantitative information on the operating conditions and yields. The method was developed to the production scale in Germany before and during the first World War, and plants were later built in the USA and UK. All early plants were made of stone-ware and consequently were restricted to operate at atmospheric pressure, but the development of stainless steels in the mid-1920s enabled pressure operation to be contemplated. In the USA. the DuPont Company designed a process for 8 atmospheres (high pressure), whereas in Italy, Fauser designed for 5 atmospheres absolute (medium pressure). In succeeding years the techniques of efficient conversion and absorption became well established and plants of increasingly greater output were built. Attention then became focused on the heat economy of the plant. In some of the early plants the heat of reaction was regarded as a nuisance and no attempt was made to use it. However, in the pressure process with its large power requirement for gas compression there was an incentive to recover power and use the heat of reaction to the greatest possible extent. In European installations, where the power costs are high, it is usually economic to take fairly elaborate steps to recover power from the high pressure tail-gas by the raising of steam. Power recovery in tail-gas expanders dates back to the early 1930s, when in the USA attempts were made to recover power in reciprocating machines. The development and use of centrifugal machines for air compression eased the problems of power recovery and made possible the design of pressure plants which generate as much power as they consume.

From the original atmospheric pressure process, the DuPont process and the work of Fauser a wide range of processes have been evolved which can conveniently be categorised according to their operating pressures. It will be noted that there are now plants available with all combinations of operating pressures except low pressure absorption as this is now obsolete.

All the plants mentioned in the paper have been built to produce as much as 200 to 250 tons per day of 100% nitric acid in a solution of approximately 55-60% strength by weight. As time goes on the maximum size increases and now plants are being designed for 350 tpd and 500 tpd. 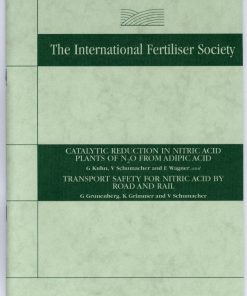 Add to Wishlist
PROCEEDINGS: 435a 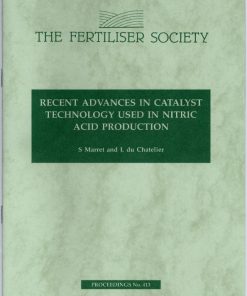 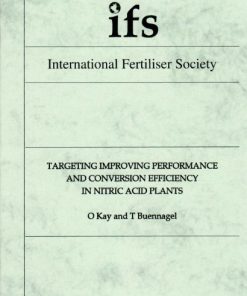