Transport of Fertilisers by Road and Rail

There is little special about fertiliser transport compared with the carriage of a multitude of other products. The equipment and transport methods employed are common to most users. Even the packaging most commonly used does not seriously constrain the ability of the industry to deliver its products although it does affect the economics. However, the market conditions which affect general haulage will have an impact on that section of hauliers who handle fertiliser.

This paper looks at such general considerations and where appropriate draws conclusions for the fertiliser industry in particular.

A brief review of the development of transport has been given and a more detailed consideration of the current situation and in particular the problem areas facing the transport industry.

The current transport scene has made the prospects for the future tantalising. Increasing concern over the environmental issues facing transport has resulted in a re-appraisal of the potential value of railways. This has been stimulated by the growing proximity of the completion of the Channel Tunnel.

The huge increase in rail traffic forecasted to pass through the Tunnel includes a substantial value of goods carried on inter-modal transport otherwise known as combined transport. It is this type of transport which could revolutionise the transport of fertilisers from factory to farm. However, this paper argues that this will only happen if private capital is invested and such investors have confidence in the railway administration of the day.

This will be best achieved through open access to the rail network. The optimum method of ensuring such access is by breaking up British Rail into its constituent parts and moving them as separate companies into the private sector. The responsibility for the track will be vested in a separate track authority to whom all potential users would apply for track running time. We have been through a period of gradual change but we look forward to a challenging future.

Add to Wishlist
PROCEEDINGS: 117a

Transport of Fertilisers by Ship and Barge 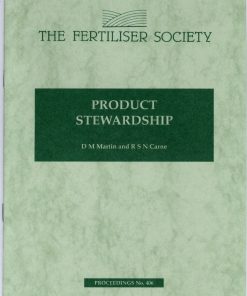 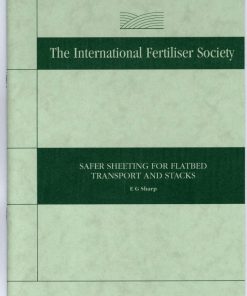 Safer Sheeting for Road Transport and Stacks of Packaged Fertiliser