At the end of the seventies, the Belgian companies Union Minière (now Umicore) and Prayon joined forces to develop the industrial application of the DEHPA/TOPO uranium recovery process.

An industrial plant based on this process started in 1980 and produced around 50 tons of uranium oxide per year. This plant was closed in 1998 for economic reasons. In addition, Prayon designed another industrial plant which produced about 100 tons per year in the Middle East for several years.

More recently interest in the recovery of uranium from phosphoric acid has been growing due to the increasing price of energy. Prayon is actively participating in the present feasibility studies and has conducted several pilot tests for the purpose of trying to further improve the process.

This paper will present a brief development history of the DEHPA/TOPO process and give a description of it. Past and recent improvements brought by Prayon to the conventional DEHPA/TOPO process during its industrial experience as a producer, and also as a designer, will be explained. The main risks and some good practice to be adopted by potential future participants will then be outlined.

Add to Wishlist
PROCEEDINGS: 112b

Single Stage Process for the Production of 50% Phosphoric Acid 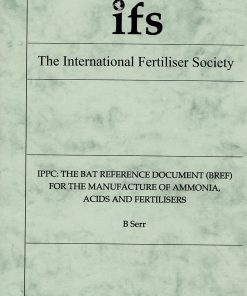 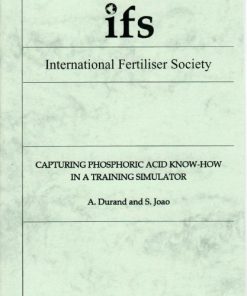 First Installation of a Phosphoric Acid Plant According to the Anhydrite Method at Vercelli, Italy